A Story of Forgiveness

A Story of Change

A Story of Healing

A Story of Understanding

"I had been through about 9 years of the rollercoaster... I had loved this person for many, many years and I had hoped that our future would be together, and this straw broke that camel’s back pretty quickly. [The assault which nearly killed me] was one of those moments where you’re out of your body and you’re looking at it and you’re going, “What is this?” and that was, I think, the worst moment of my life. The police were fabulous with me, they really were. They asked, “Do you want us to call the victim advocate?” and I said, “Well, okay,” and [she] was there in the hospital and the policeman was there, and what I found out about [her] at that time—and it’s still true—is that it’s not just about that incident and that one night. It was about supporting me in lots of other ways, and my daughter, too, who had witnessed a lot of this through the years. [She] was there and helped me just to understand what was happening… I have never had any contact with the police except when some neighbor would call the police about he and I fighting or something he was doing, and so I didn’t understand any of it, I didn’t know what would happen next, I didn’t know what was possible for me. I felt like it was my fault: if I hadn’t opened the door, this wouldn’t have happened; if I hadn’t told him I don’t want to see you any more, this wouldn’t have happened; if I hadn’t, if I hadn’t… [she] helped me to understand that and she got me involved with or aware of the services from the Y, and PFA, and the services that victim advocates provide, counseling… she got me hooked up with the victim compensation program through the state and with their state advocacy. She really helped me to find other ways, people, places that could help me, and that meant a lot to me… it just meant the world to me. I just thank you all for everything you do because it really makes a big difference in people’s lives. I’m happy that you kept in touch with me and kept supporting me even when the court system didn’t work exactly like we thought it should have for me."

A Story of Giving Back

"My family and I started attending a church when I was around 13 or 14 and we were always doing something to help. My dad has played Bluegrass music since he was 9 and desperately wanted to start a gospel band. We met a woman at church that fit the bill for a great lead singer. She was married and had 2 little boys and we all became great friends. It was at a family camping trip while sitting at the fire that her husband waited until everyone was away to tell me that he was infatuated with me. I remember picking up a dictionary when I got home, as I could not fathom why a 35-year-old man would tell me such a thing."
​
"Feelings and thoughts started swirling around. This was wrong, but it felt good to have attention. Things escalated quite quickly. He began touching my legs and behind and quite unfortunately I shared my first kiss with this predator. I remember quite specifically him quoting this verse: Matthew 18:6 - But whoso shall offend one of these little ones which believe in me, it were better for him that a millstone were hanged about his neck, and that he were drowned in the depth of the sea. Now looking back, I realize why he feared this verse so much." 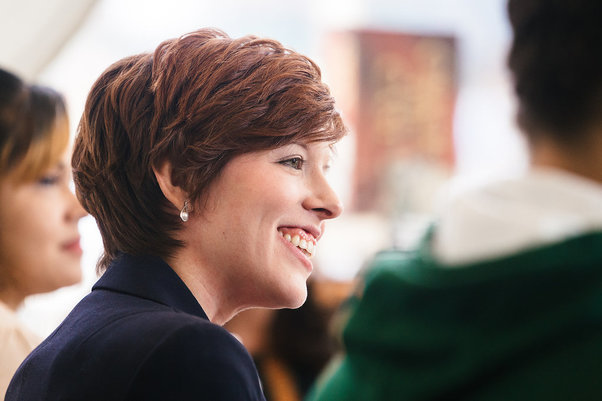 ​Photo credit: Kelly Ann Shuler
"My parents eventually found out what happened, and we never saw them again. My parents decided it wasn’t worth the pain of going through the criminal justice process, and we moved forward, at least we thought. When I was 18, my 16 year old sister and I fought all the time, as most teenage sisters do! We were having an argument and she looked me straight in the eyes and told me she had something to tell me. I can’t express it, but I just knew what she was going to tell me. She was raped at age 13 by this same predator. My sister and I followed up and called the local police department where the incident occurred. We were afraid to tell our parents, as we weren’t sure how our dad would react. We received the response of an angry officer and eventually talked to a detective that told us that he would follow-up and schedule a time to meet with us. We never heard back and a year or more went by.
My sister eventually revealed what happened to our parents. It was reported to the Dauphin Co. DA’s office and the investigation and following criminal justice process began. We endured 2 trials that were both hung juries, or mistrials, meaning that the juries could not reach a joint decision. Our abuser received probation and walks the streets."

"I eventually grew tired of my job at an engineering firm I worked at for almost 10 years and felt that I need something more fulfilling. Something was placed on my heart to throw an event for the non-profit that helped my family through the criminal justice process, but unfortunately that didn’t happen."

"But God does do everything for a reason. I then began volunteering for the non-profit (Victim/Witness) on Mondays assisting domestic violence victims with obtaining PFA’s. A year or so later, I was hired full-time and it was one of the best decisions I’ve ever made."
​
"This quote has been my mission since I’ve been employed at Victim/Witness; Lysa TerKeurst – 'Only God can take my mess and Turn It Into A Message of Hope and Forgiveness.' Almost every day, I speak to someone that has been a victim of crime like myself and I have the opportunity to pass along God’s hope and strength."